GET THE NEW CD DRIVE! 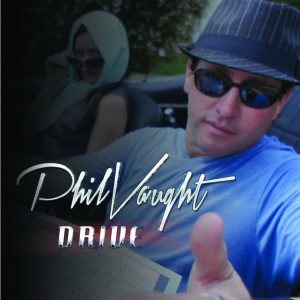 GET YOUR LIVE HD DVD NOW 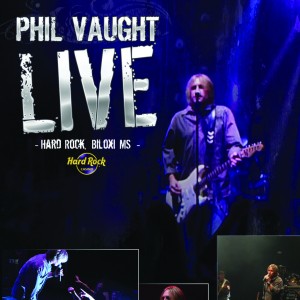 Phil Vaught grew up in Kentucky.  The son of a Minister and from a very musical family, he was exposed to music very early in life.  He was singing in church as far back as he can remember.  At age 11, his parents bought him a drum set, and he began playing at church services and with friends at social functions.  Soon after that, his older brothers started teaching him guitar and there was no turning back…

In addition to Gospel, Phil was exposed to many other music genres.  From his dad, he picked up on legendary country artists such as Hank Williams, Johnny Cash, Bill Monroe, The Statler Brother’s, and many others.  His brothers, eight and ten years his senior, listened to Elvis Presley, The Beatles, Merle Haggard, Hank Williams, Jr., Billy Joel, and Phil picked up something from them all.  His mother & sister, both accomplished classical musicians, also exposed Phil to an array of popular artists of current and past eras.

By the time Phil was in high school, he began performing at local and regional clubs as well as charities and benefits.  He became a well-established, in demand, respected musician and vocalist.  Fresh out of high school, he and the band hit the road and never looked back.

By 2003, Phil was so busy that he had bought a home in Hendersonville, Tennessee. He is known all over the country and abroad, playing over 200 shows a year at major venues here and overseas. Phil has played the stage at the Wildhorse Saloon more than ANY other artist in the history of the venue

A Word From Phil…

I grew up in a very musical family. I was allowed the freedom to listen and watch artists & musicians perform as far back as I can remember. I always connected with the singer and the song…and I dreamed of traveling and being a touring performer at a very early age. In many ways, my life has been richly fulfilled. I’ve met so many great people. I have traveled the US and abroad. I’ve had the opportunity to meet or perform with most of my hero’s. But after returning home for a few days off, the itch to run returns and away we go…

I want to thank my Parents for their never-ending support and everything they have given me. I have an awesome family. And I thank each of them for the inspiration, example & wisdom that I gained from the privilege of being born in to such a great bunch of people. I have to say a huge thank you to Steve Williams. He is the hardest worker in the business and never gets enough recognition. When an artist moves to town, he needs to find someone who believes in his talent and dedication. Hopefully that person can help him find the right creative process and business path to pursue. I have always been amazed at how destiny allows people’s paths to cross. I believe it was meant for me to work with Steve. And I appreciate his time, effort and dedication. I have had the pleasure of performing & recording with many gifted people. Thank you to all of the guys and gals who climbed in the van or the bus (or airplane) and traveled to some seedy little “dive” in the middle of nowhere, or a world-class stage somewhere, to play and sing with me. And thank you to all of the studio cats and engineers, FOH, Monitor, Lighting engineers, stage crew, bus drivers, and truck drivers. Although seldom said, I have always been in awe of your talent and dedication. I consider myself “lucky” to have shared a stage, a room, or a show with you.

I find my strength through my friends. Most of them don’t even realize how I refuel on a simple conversation. I unwind and relax with them and their time is valuable to me. I actually relax best when I am occupied working on an old car or truck. It keeps me grounded and levels me out. A big thank you is due to my buddy Randy Logan for being such a great friend to me through the years. I can always count on Randy, any time. It was hard to leave my steady job and dive in to the “unknown” music business. I had to move and leave a whole lifetime of friends back home. I love it when I get the chance to catch up with them. Thanks to all of my friends who have been there to celebrate with me in good times, and console me in the hard times throughout my life.
I spent my early life cruising back roads. Some of my fondest memories involve old cars and the freedom of the open road. Running down an old two-lane with the windows down and the radio up…that was heaven! I still do that today, and I still love every minute of it! Sometimes I forget where I am and where we’ve been, and I think of myself as that small-town kid from Kentucky…riding the back roads.

A lot of time and energy (and RISK) goes in to a recording project. I hope you enjoy this music. I hope you can tune in and relate to it. And I hope to see you out on the road somewhere soon. So…thank you for listening! ~Phil Vaught

“If you’re looking for an artist that will get your guests out of their seats and on their feet, then it’s time you meet Phil Vaught! Excellent lyrical content in his songs, electrifying full band performance & Phil’s on stage presentation, particularly vocals, create nothing short of shock & awe! Expect this artist to leave audience after audience wowed each and every show!”   Julien Salley Jr.,  General Manager, Hard Rock Cafe, Memphis, Memphis Music Commissioner

“Music expresses that which cannot be said and what is impossible to keep silent you learn a lot about people when you listen to the songs that mean something to them.  Where words fail, music speaks, where people fail Phil Vaught heals through song.”  Trish Ashley, Beverage Supervisor, Grand Casino, Hinkley, MN

Jeff Lawrence of CBS Radio Boston states, “Phil is a crossover artist with outstanding talent, I can see a music director getting his album in their hands and sharing it with their sister stations, which in this day and age says a lot!”

“We love Phil Vaught’s new album Drive!! Phil has an incredible voice!! There are so many amazing songs that it would be impossible to choose just one as our favorite!!” Walter and Karen Manus Memphis, TN

“Driven by phenomenal vocal performances, high-energy instrumentals, and above all else, FUN, Phil Vaught’s live performances are not to be missed!  Whether you’re a fan of country, classic rock, or anything in between, you’re sure to hear your favorites…along with some originals from Phil’s new release, Drive.  This aptly-named album is the perfect companion for the open roads, and its songs have been hits with crowds across the country.”  Michelle, New Iberia, Louisiana

“For several years I have been more drawn to a specific artist/group Phil’s album Drive is something I really have embraced, what a talent!   Most enjoyable as well is working with a team of people who are not only committed but on task and professional. I’m looking forward to watching Phil’s success continue to grow!” Denise C., Rolodex 4 Good

For booking or any other information, fee free to get in touch!